Right, so let's talk about this.*

My name is Gemma Weekes and I am envious of everyone. I mean, on irrational levels. I want everyone to do well, especially my contemporaries, but every account of their career victories makes me examine my own professional trajectory with the kind of sneer fit for a Dickensian villain.

It doesn't matter what I am actually doing at the time, and I am no slouch.

And then if I see a parent posting about the vegan cake they made their kids or how their kids can play Chopin at 2 years old or read at the age of 9 months, I think: "OH MY GOD! I shouldn't be writing, I should spend my time being a better MOTHER!"

And then I read about someone's squat challenge or liquid diet or how they can bend themselves into a pretzel shape and think, OH MY GOD! I need to get in SHAPE!"

And then I see someone's honest posting about how crap things are and I think OH MY GOD, that person is so much more NATURAL and HONEST than I!

The panic. The anxiety. The comparison. The worry. It is the filthy, stinking elephant in the room whenever I do my occasional FB scroll; the zombie parrot perched on my shoulder while I peruse the twitter feed, alternately screaming obscenities in my ear and pecking mighty big-chunks of my self-esteem right out of my skull. We'll pretend for the sake of that metaphor that my skull is, in fact, where my self-esteem is housed (who knows (it's early-ish, forgive)).

This is my confession.

This cruel self-judgement turns every one of my precious, hard-won triumphs to ash in my mouth. It dehumanizes people who, like me, have struggled, sweat and bled to manifest their dreams.
Last night, I went to a little soiree at Birkbeck University where the winner of the inaugural Kit De Wal scholarship was announced. While speaking to the first runner up of the prize (the lovely, talented Charlotte Forfieh (I am also a runner up, but slightly farther out from the glow of victory - congrats Steve Morrison-Burke!)) she asked me how long I've been writing. I replied that I've been writing 'forever' (not claiming to be immortal or anything, you know what I'm saying) and that sometimes people give a s**t, and sometimes they don't.

As I said that, I felt a massive exhale whoosh through me, a hallelujah of relief and simple truth-telling.

It felt as if, by speaking on that reality, I was liberating myself from giving a s**t if people give a s***t, which is long overdue.

I've written and sang and created my way through so many traumas and losses. I have created while grieving; while pregnant and breast-feeding; while depressed, broke, homeless; after break-ups and fights and professional disappointments as well as triumphs; late at night and first thing in the morning; when people have understood it and when they haven't; when there's been applause and when there hasn't been. That's my journey.

I've cried listening to the harsh, critical voice in my head, knowing I deserve better. Self-love should never be an earned thing. I'm on earth. That's good enough. If I can love others, make a contribution to culture and to the raising of global consciousness, make my kid laugh with one of my dodgy accents, or even make a cake that's not 'light as a cannonball' - then, great!

I joked the other day that my son should post his ideas about meditation (he is a very interesting 9 year old dude) and he replied that it wouldn't get any 'likes'. I told him 'who cares', but how can I say that and then live the opposite?

I sometimes despair of younger people coming up in this social media culture powered by an unrelenting hunger for external validation.

But it's occurred to me that perhaps this is an opportunity to seek greater grounding in the self, more than we've ever needed before, moving toward our desires with patience and grace.

Maybe it's an opportunity to pause and address the wounds that lead us to such horrific self-judgement and blocks us from truly loving others.

Maybe it's an invitation to share more of our real stories so we know we're not alone. 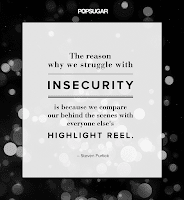 Love to you and your behind the scenes as well as your showreel. *smile*

P.S.: I'm gonna leave you with some sage words from Mooji that help put that filthy elephant/zombie parrot in a sleeper hold: