Right so I'ma bit swayish upon my tired feet right now and a bit muddled within my tired brain right now but all day I've been lucid and sober and that's done nothing for my book whatsoever, so perhaps now is a good time to try and get some work done.

Spent some time in the shiny central capital this eve making merry at two bars, the first at a birthday and the second at a little joint that did jazz and some rather fetching cocktails. I talked about love and writing a bit of a lot and got steadily drunker. I realised a very true thing which is, the work really doesn't give a f**k about a writer's plans - plans for the plot, plans for the characters, plans for her year, or plans for her life... the work is temperamental as a toddler, and if it doesn't wanna move then honey it will not be moved. Two separate people have said to me today that maybe it's worth getting some distance on it. But I can't afford distance, dammit! I got kid to feed!!! Sigh.

Anyway, anyway. What else?

I think I want to do a spoken word album and get some voice coaching (why not?) and (finally) record all my songs and chuck them out into the world with all my strength. Out, out, out all of it f*****g OUT so there's space in my head and my life for a real, genuine, no notepad, no laptop, holiday!!!

(Ahhhh, but there will always. Always be more projects.)

To Whom it May Concern

I am sick of writing. I would rather do anything else instead of writing. Writing makes me very scared and tired and leaves not very much time for speaking with friends or watching television. It makes me scared because it's so big, and I am such a small part of everything, and it feels like life is speeding by while I sit in a corner with a dunce cap on turning words this way and that to catch the light and going 'duuuuuuhhhh'.

I'm afraid that everyone is forgetting about me and talking behind my back and saying "where is she? Dead?" and saying what a rubbish friend I am because it doesn't seem like I'm ever really around and I barely go anywhere or do anything and what a weirdo and what exactly is she trying to make, anyway? I am sick of writing because so far it has taken me 432 years, 6 months, 2 weeks, a day, an hour and10 seconds to do this one draft. Or at least a year and a half.

I am sick of writing because everyone else has much more interesting things to say and report on Facebook and Twitter about all the shinier things they are doing and all the cooler things they are doing with words on various stages and theatres and even on TV instead of alone in ratty exercise books. I'm very scared a lot that I'm not big-brained or deep-souled enough to say all the beauties I'm desperate to put in this world.

I'm sick of writing because it creates this weird compulsive seeking of loneliness where you pray someone will call but then if they do, you don't pick up, and you're not sure what call it is you're really waiting for because it's pretty certain that God doesn't need your digits to reach you. Or really what you want is a warm, re-grounding hugging and loving and sweetness that's unavailable on a regular basis as yet because Things Are Not Established even though there's this guy who completely abolishes you with light like having the sun in your eyes.

I am sick of writing because my back is really painful from hunching over and falling asleep in my notebook and as a consequence I am never comfortable in any position apart from maybe in a hot bath which I very rarely have time for. I would rather be racing my son in the park and teaching him how to count with cotton balls. I would rather be listening to music. I would rather be eating pizza. I would rather be kissing. And I am sick of writing because no matter how sick I get of writing it is always the only thing to do because it's the only way I get to keep all of those things, the running and the kissing and the pizza, turning them this way and that to catch the light and going 'duuuuuuhhhh'. Even if I one day get senile dementia, or when I'm completely extinct or even if the world has ended I will have written those words and writing is the only way I get to say things like 'being abolished with light' which makes love always an especially beautiful thing no matter what becomes of it because this way I get to keep it all even while I'm giving it away and maybe now I've said all of this I can [sigh] finally... get back to work. 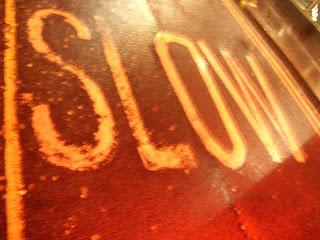 To help ease the feeling - neck-deep in my second novel - that I'm accomplishing absolutely nothing and will witness the complete collapse of Western Civilisation before even a first draft sees the light of day - I started a little group on Facebook called 'Free-Write Wednesdays' where members post/share a free-write every Sunday. Okay, I'm joking. Every Wednesday. Check it out here if you want to get involved: http://www.facebook.com/home.php?#!/group.php?gid=21727182150&ref=ts From now on, I'll be sharing mine on this blog as well as facebook, but here are the last 2.

Now let me tell you about Johnny, do you know Johnny? Me, not so much. Johnny most of his life has been a free-wheeling, shiny-shiny man with his body always sky-angled and every movement in life he takes in the pursuit of open spaces. I don't know what to write about him except there is a lot to be learned from this man about freedom, what freedom is and what freedom does. It's a slippery word, he says. If you've pinned it down, then you've lost it, if you chase it, then you're a slave to freedom. And to be a slave to freedom is an oxymoron, no? He has an interesting turn of phrase halfway between an academic and a madman. He tells me the problem with human beings. He says the problem with human beings is that all human beings want a home, and all human beings are natural runaways. Sometimes they just want a home to runaway from. Sometimes they just want to runaway so they can feel that pull and tug of home deep down in that deep down swamp of their hungry bellies. He says to be human is about hunger, and that freedom is one of those hungers that sometimes directs you away from food. There's that pull always between the man who wants love, a wife, a room, a house, an ideology, a passion, a life-work, a God, and the man who only wants the freedom of wanting nothing. But what the hell do I know, I say to himself. I'm not Johnny anymore. I'm just a pile of rags piled up in the subway of Old Street Station. I've not been Johnny in a long time.

by Gemma Weekes on Friday, August 6, 2010 at 4:22pm
Your profile over there, waiting
eases my face open, smiling, eases
my chest open, loving, and the night open
with dreaming, that universal dreaming
of embraces and homecomings.
We lead each other through the dark,
blind and deaf to the noisy cityscape. All is hush.
So good to see you. Good, right, true -
affirmative. I don't have
much more to give than words
but I cooked you dinner
I like watching you eat. I would do much more.
many days of conversation have piled up.
Gestures, insights, complaints, enthusiasms
and steep drops sometimes between words
when I am just -
looking at your face. I know this face
with more than my eyes. Our kisses are
too much joy for one body. I'm meltiiiing! I joke
Gosh, didn't God knit you beautiful
I'm clever just to make you laugh
so He can hear you.
What a sweet tangle we are
the smell of your neck makes me cry secretly
i haven't cried many years just
from awe! A great love is in me, bigger
than the sound of rivers or the
depth of sky outside my window
big, and deep, and quiet
I don't know big enough things to do with it
my mind is an orchestra of silence
the quiet after goodbyes with you is
like a blanket of snow on christmas morning
all is hush and sacred, and a train platform
becomes the scene of great humility and
passion
I surrender. something has happened to
me, is happening to me, and maybe we are
happening to each other
maybe -
i want to write something clever but my my mind
is drunk, all real love is mystical
all real love is God's -
(thank You)
Posted by Unknown at 7:27 pm No comments: