Stacey Dash Is An Immortal 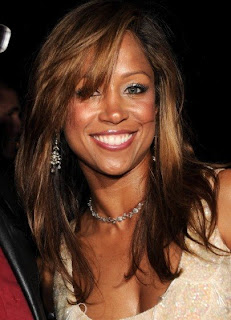 It is one of those facts - Stacey Dash is 43!?? - that gives one pause and makes one doubt and question the natural laws of physics.
Namely, gravity.
And maybe The Highlander (remember that show/movie?) was actually based on the truth. Except The Highlander is Stacey Dash. I wonder how many skulls she has in her closet, eh?
And she's the mother of two! How is it possible? I saw her in last week's episode of The Game and I was like. Alright. Enough. Wikipedia here I come! I went with unshakeable suspicion that she'd looked the same for about 20 years... and it turned out that I was right! Born 1966, baby. 1966!
There are many who look good damn good being in their forties, Halle Berry and Julia Roberts to name a couple. But there's a difference between looking good for 40+ and being an immortal. Stacey Dash looks EXACTLY the same, while Halle et al have acquired a certain subtle vintage. Its not only in the face, but in the carriage. It is very hard to hide the sum of years, and keep it out of ones poise and general demeanour. But I checked out The Game on Friday night, and not only did Ms Dash still look like she just walked off the set of Clueless, she still has the high, breathy voice of a young girl pre-college. Her demeanour girlish and sprightly. That's the give-away. Stacey Dash Is An Immortal!
I may make it my lifes work - who wants to be a novelist anyway? - to carefully examine old pictures until I uncover the true length of Ms Dash's stay on the planet. Perhaps even 1966 is a sham. Perhaps she was born 300 years ago and has stalked the earth cutting off the heads off rival immortal actresses before finally landing a role TV role in the 1980's. Perhaps. It's possible.
But, research or not, I have come away with the desire to also join the ranks of the immortal. I am significantly younger than Stacey Dash. In fact, she's been the same since I was a child! And now that I am many years deep into womanhood, I'm making a commitment to join the ranks of the ageless! I'm starting now!
Green tea? Yoga? Fencing lessons, anyone?
The future is bright! :-) 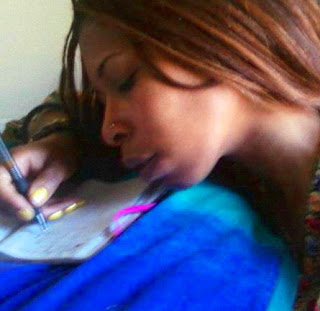 I'm working on this new book now, but I forgot about this part. I keep trying to squeeze past myself, if that makes any sense, and on to somewhere clearer - but there are no shortcuts. That's what I forgot, that there aren't any shortcuts. Its a long way all crowded up into a tiny space, like intestines. 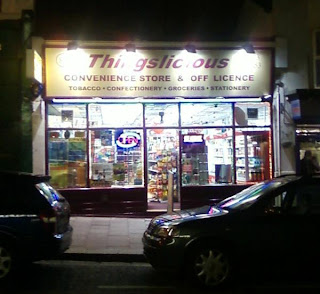 I went to Brighton the other week for a couple of days to clear my head - or vacate it for new tenants, so to speak. But the head is really crowdedl. Chocolate-orange liquer doesnt help either. I just gave myself stomach cramps. No, I lie, I did get a about 10 or so wonderful tipsy moments with Marvin Gaye, dancing around my room. And then came the stomach cramps.
My window let out to a little balcony, and the balcony was wreathed with fairy lights, and I could see the sea. The window kept jamming though, and although it was warm for England, for March, it got very cold and I had to call a manager to help me close the window. We had to both pull on opposite sides really hard and at the same time. She gave me an extra room upstairs because of the guy next door and his near-apocalyptic snoring. It was amazing, I have to tell you. I was like, somebody wake up that bastard before he chokes to death.

I called up a friend and asked him lots of philosophical questions one after the other like it was about the book but really I was just lonely. And afraid of writing. And some people are blessed with lovely voices, late night voices. I say weird things when I'm tired. Though afraid, I did quite a lot of work. And I walked up and down the seafront, and up and down the pier. I ate on my own and went walking around aimlessly and wrote sketches, and I felt something really deep, like love, for this very old man eating fish and chips carefully, alone. The meal seemed so important, even though it was off styrofoam. Things should be important.

I sent an angry text off into the void. I bought little man a very grown-up hat. I realised how tired I am, but very excited... to be making things! Making things! And Brighton sparkled all over and I felt young, and serious, and important, like a fish and chip dinner eaten off styrofoam.

Alone, in silence, I discover that my body is misaligned and achey, and that my mind has acquired sharp and rusty edges. But I'm alive. And I'm free to feel these things! I realise the difference, now, between joy and happiness. 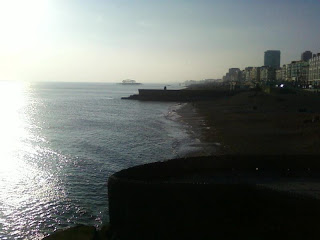